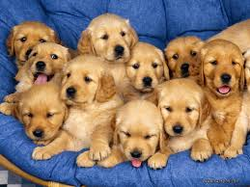 We can assist in getting a mating between dog and bitch. This service is often used by first time breeders or for novice stud dogs.
First time breeders are often nervous of the mating procedure and don't want to upset their bitch or the stud dog especially if they are young dogs. Also some people panic if there is a prolonged tie between the dog and bitch. Young dogs can easily be put off for life if they have a bad experience with a difficult bitch.
We are experienced stud dog handlers and can help put both the dogs and owners at ease, whilst getting a successful mating. 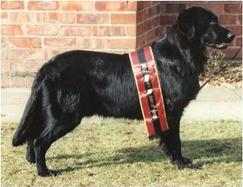 On occasion it may be necessary to use artificial insemination.
A stud dog may be lame and covering a bitch may put strain on an injured limb. The bitch owner may have been waiting for some considerable time to have this breeding and does not want to put their breeding plans on hold for another six months.
Or an older but still fertile stud dog may not be as agile but can still be included in breeding programmes for much longer using artificial insemination.
Most male dogs will allow themselves to be collected from when presented with a bitch in season, this can also give confidence to shy breeders for natural matings in the future. The insemination of the bitch is a simple procedure which should not cause any stress to her.

Semen Evaluation for stud dogs can also be carried out